What has gone before, stories that you have loved 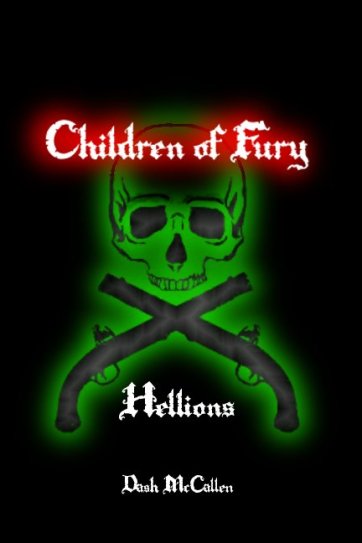 Captain Henry Willim knelt on what was left of the deck.

“FIRE!” The words caught in his throat as he choked from the smoke of his burning ship.

“Captain!” The quartermaster Whyte yelled, “Captain! We have no standing gunners! The ship is lost, we need to strike our colors.”

“NOT MY SHIP!” Captain Willim stood to the swivel deck gun and tried to fire the small cannon, looking about, he picked up a burning splinter of his ship and put it to the touch-hole of the one pounder.

It was his last action in this world as he disintegrated into torn flesh and red mist when he was struck by chain-shot in that moment. The heavy iron ball and linked-chain tore through his body at nearly the speed of sound.

The captain’s torso and left arm bounced along the deck stopping at the feet of the quartermaster, his life’s blood still spurting out of his lower torso from the beating heart that did not know it was dead, yet.

The look on the captains face was one of surprise and it would stay with the quartermaster for the rest of his life.

In a hysterical moment, the quartermaster saw the captain’s legs leaning against the shattered rail before collapsing onto the deck that would give him nightmares.

The quartermaster, Archibald Whyte, knew, more than the deceased Captain did, they were beaten, more than just from watching a child with a boarding ax cut down their colors,

He knew it, the moment he saw the name on the stern of the opposing ship as it hove close.

The name of the ship, whispered by the English navy sailors in quiet corners of pubs and with well deserved fear.

Fear of children that were more adult than any man, who could handle an ax or cutlass better than any swordsman with a holy rage in their hearts and souls.

Of a ship named after the swimming killer-king of the sea.